In this article the authors analyse the letters crossed in 1933 between Lucia Moholy, Walter Gropius and the Catalan architect Josep Lluís Sert (1902-1983), founder of the GATCPAC (Group of Catalan Architects and Technicians for the Progress of Contemporary Architecture) and director of the Journal AC Documents d’Activitat Contemporània (Barcelona, 1931-1937).

Lucia Moholy, born Lucia Schulz, (1894-1989) was a photographer and first wife of artist and fellow photographer László Moholy-Nagy. After studying philosophy, philology, and art history, she worked as an editor and lecturer in Prague and, as of 1918, in Germany. In 1920 she met the Hungarian artist László Moholy-Nagy in Berlin and married him in January 1921. From 1923 to 1924, Lucia studied photography in Leipzig, and when her husband secured a position as master at the Bauhaus, lived in Weimar and Dessau and produced many of the iconic images and portraits associated with that school. She arrived at the Bauhaus in Dessau in 1923 with her husband. There, Lucia worked as László’s assistant on his experimental photography projects. Having already received training in Berlin, Moholy was familiar with the technical aspects of photography and set up a photo studio in the faculty house they were assigned.

Between 1924 and 1928, Moholy formulated her own creative ideas and conceived of a manner to document the Bauhaus’ architecture and design, while also producing portraits of the school’s teachers and their friends, some of them reviewed in this article. Her extensive photo series depict the new buildings built by Walter Gropius in 1925-1926 (published Bauhausbauten Dessau in Münich, 1930), as well as products designed in the school’s studios.

Commissioned by the School, Lucia decided to photograph the buildings in an objective, precise manner. The photographs are either frontal or three-quarter perspectives. Moholy sometimes used diffuse lighting to accentuate specific details and highlight signature Bauhaus traits. Whether highlighting the transparency of the studio building’s glass façade, or the articulation of the volumes and white surfaces of the Walter Gropius house, the clarity of Moholy’s architectural interpretation is evident. Her photographs of interiors document the living spaces of the school’s teachers and highlight furniture prototypes designed to serve everyday needs, further disseminating the ideas of Gropius and other Bauhaus designers.

The unpublished letters used in this text show the artistic personality of Lucia Moholy during the oppressive atmosphere years close to the 30th of January 1933 when Hitler was named chancellor of Germany in a brief and simple ceremony in Hindenburg’s office. On the 11th of January 1933 Gropius wrote Sert asking for a position of photographer on behalf of Lucia Moholy, separated from Laszlo in 1928. In replay to Gropius, Sert avaluates Lucia Moholy’s aesthetic sensitivity and professional skills and she answers about her motivations as well as showing feelings of social isolation and loneliness.

In 1933, she emigrated via Prague, Vienna and Paris to London and worked there as a portrait photographer and author. In the following years, she directed documentary films for numerous important archives and UNESCO projects in the Near and Middle East. After relocating to Switzerland in 1959, she worked in publishing, focusing on art criticism and art education, and participated in many exhibitions. 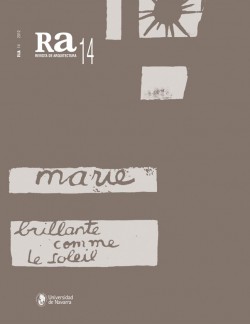